"Korvin was three days old when the doctor called us and told us to come down to New Orleans to have another test done." 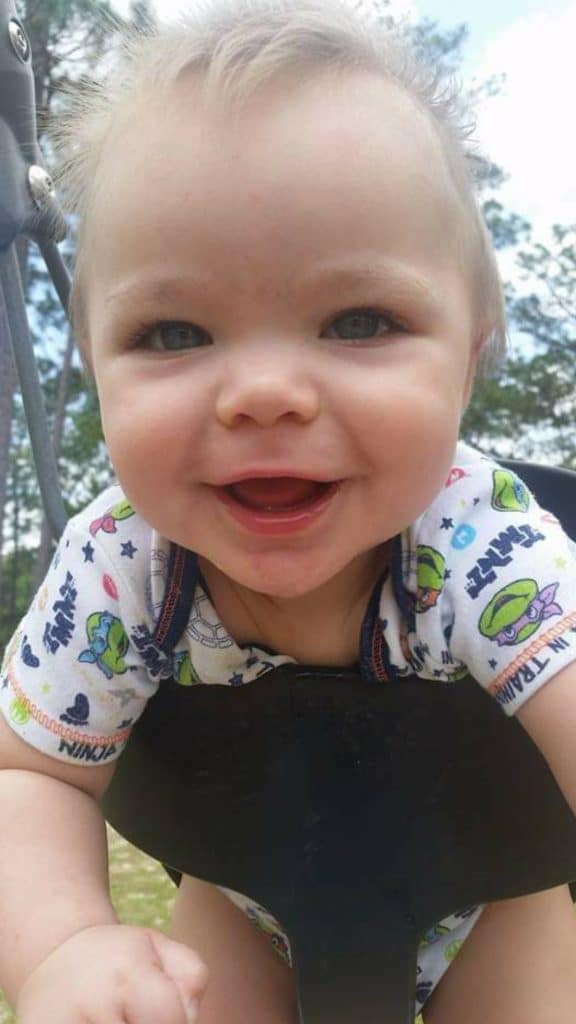 “Korvin was three days old when the doctor called us and told us to come down to New Orleans to have another test done,” his mother, Candy Gifford shares. The newborn screening test had detected high levels of phenylalanine in his blood sample, and additional labs were sent to confirm the elevations. Newborn screening is a public health initiative tool utilized by all 50 states to identify certain treatable disorders, which allows for prompt initiation of therapy and avoidance of complications when disorders are detected.

Once the additional labs were sent, baby Korvin was diagnosed with phenylketonuria, or PKU, a genetic disorder in which the body is unable to properly metabolize the amino acid phenylalanine, resulting in an overaccumulation in the body, which can cause irreversible brain damage if untreated. This condition is rare, affecting about 1 in 15,000 newborns each year in the United States.

“When we first heard of it, I had no idea what it was,” said Candy. “I started doing my research and I freaked out. His levels were high, and then at around 4 months he was admitted to Children’s Hospital for a week, but for a separate gastric issue unrelated to PKU. Because of the gastric issues, he had to have some biopsies done, but while at Children’s, they monitored Korvin’s phenylalanine levels by constantly drawing blood.”

The genetics team at Children’s Hospital New Orleans advised Candy on the essential dietary modifications for Korvin’s diet, including avoidance of protein and dairy. Now, Korvin is a healthy five-year-old who loves to give hugs and make people smile.

“The diet was a challenge at first, but it’s gotten a lot better. His favorite thing to eat is noodles,” says Candy. “We call him Corky which is fitting for his name Korvin. He is crazy, always running around, and he’s just a sweetheart in general.”

Candy and Korvin come to Children’s Hospital New Orleans once a year for visits with the genetics team. Outside of the annual appointments, Dr. Regina Zambrano and chief clinical dietitian, Selene Muller, help the family by counseling them and answering any questions via phone call. Candy is thankful for the guidance and urges other families to stay calm and know there is hope if their child gets diagnosed with PKU.

“As hard as it might seem, don’t freak out! Don’t read up on it,” she says. “There are so many groups and people to talk to in order to get you through. The diets are manageable depending on which one (severity of PKU) you are diagnosed with. The hardest part is constantly drawing blood. We had to do a heel prick every week, and now it’s a finger prick every two weeks. He has to have that (serial lab monitoring) for the rest of his life.”

Dietary modification is the main treatment for PKU, but Candy also shares that there is now medication available for PKU patients that can help them process phenylalanine a little more effectively. However, there is not yet a cure and treatment is lifelong.

To learn more about our  clinical genetics and metabolic disorders department at Children’s Hospital, click here.