"Now, you wouldn’t even know that Kaitlyn underwent surgery for a life-threatening heart condition." 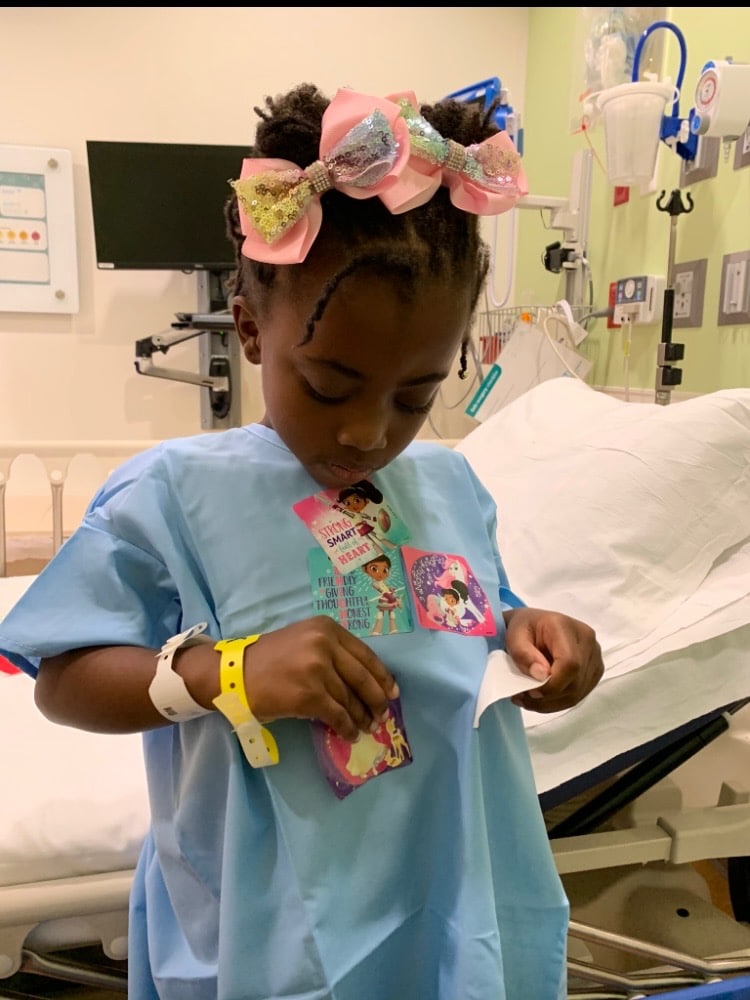 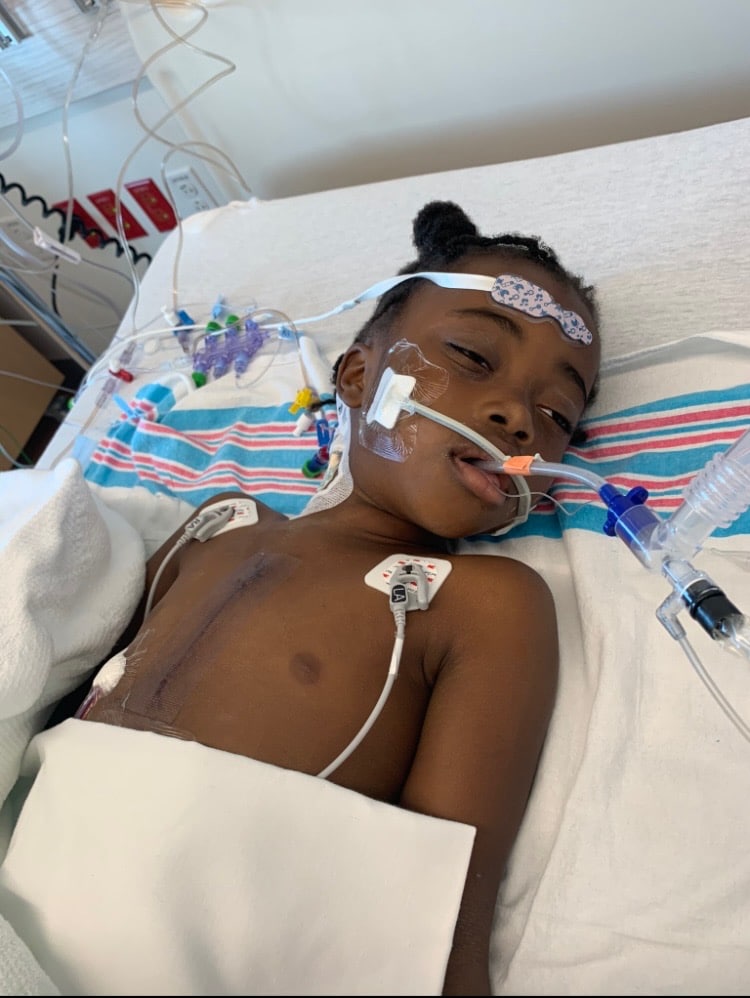 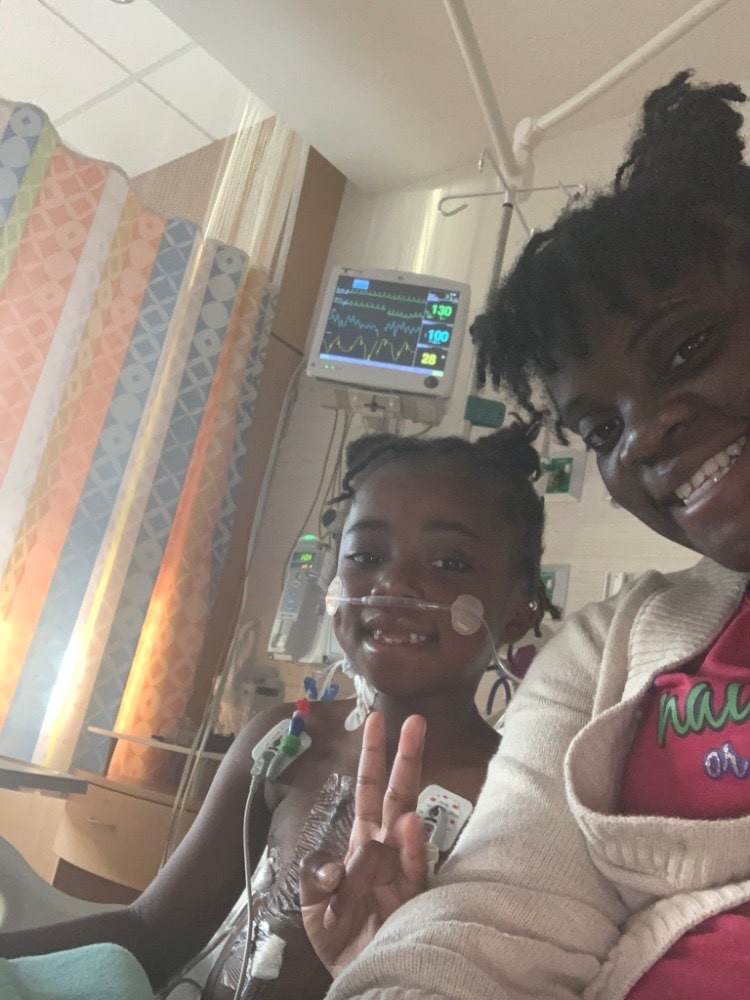 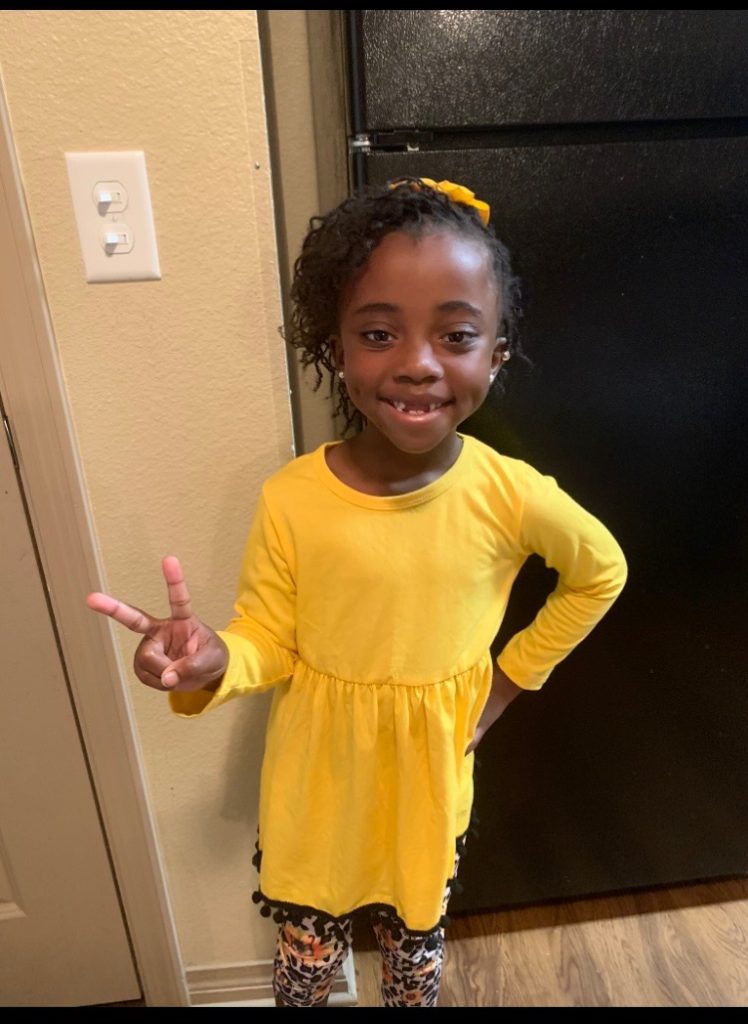 It was a completely routine pediatric checkup for five-year-old Kaitlyn Young, that landed her over five hours from home at Children’s Hospital New Orleans. In November of 2020, Jessica Lain took her oldest daughter to her pediatrician in their hometown of Arcadia, Louisiana for an annual checkup. When the doctor listened to little Kaitlyn’s heart, she told Jessica right away that she could hear a heart murmur and referred her to a pediatric heart specialist in nearby Shreveport.

“The specialist in Shreveport told us that basically, there was leakage of blood into the left ventricle and that surgery needed to be done immediately,” explained Jessica. “We were sent to Children’s Hospital New Orleans.”

Nearly nine months pregnant with baby girl number three, and with her husband stuck out of state for work, Jessica arrived at Children’s Hospital New Orleans with Kaitlyn on her sixth birthday. Upon arrival to the hospital, Kaitlyn had her pre-operative appointment then went into surgery. “Kaitlyn was completely fine and wasn’t scared until that moment when they were rolling her away from me,” remembered Jessica. “I told her to be brave and she said, ‘okay mommy.’”

Waiting for Kaitlyn to come out surgery was hard for Jessica. “I was there alone with my husband stuck in Michigan,” said Jessica. “I was praying for Kaitlyn in surgery and also praying that the stress of the situation didn’t put me into labor.” Dr. Timothy Pettitt, Kaitlyn’s cardiothoracic surgeon, checked in with Jessica throughout the surgery to let her know how it was progressing.

After the surgery, Kaitlyn woke up relatively quickly and indicated that she was ready to wean off the endotracheal (ET) tube sooner than anticipated. In fact, Kaitlyn recovered very rapidly. When they arrived to the hospital, Children’s Hospital Cardiac Intensive Care Unit (CICU) staff prepared Jessica for the likely possibility that they would have to remain in the hospital for seven days. Because she was recovering so well, Kaitlyn was discharged after three total days.

For their short sojourn in New Orleans, Jessica and Kaitlyn stayed at the Ronald McDonald House New Orleans, where they remember how kind the staff was. “They got her a birthday cake and gifts since she was in the hospital for her sixth birthday,” said Jessica. Then just as quickly as it started, their journey with Children’s Hospital New Orleans was over. Kaitlyn’s surgery was a one-time repair, and she does not need follow-up care or any more surgeries in the future.

Now, you wouldn’t even know that Kaitlyn underwent surgery for a life-threatening heart condition. Jessica welcomed her newest baby girl one month later in December, and Kaitlyn is a helpful and maternal big sister. “She’s full of energy and is the leader of the pack,” shared Jessica. “She likes to be the mama bear to her two little sisters.”