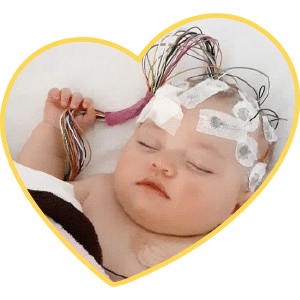 "Her family says they hope this next hospital visit will end in victory just like the last one, by helping Holly’s seizures dwindle to less or even none at all.  " 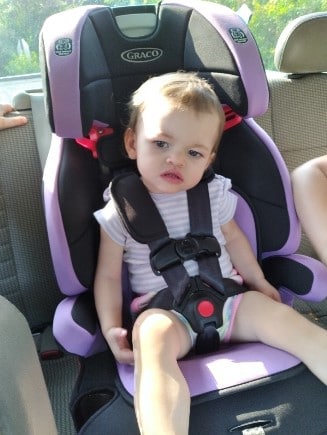 At just two months old, Caitlan Craig of Webster parish realized her daughter, Holly, was experiencing strange episodes by the way she was throwing her arms in front of her and putting her chin to her chest. These episodes were diagnosed as seizures at a hospital in Shreveport. Caitlan captured these moments on camera, and the videos were sent to Dr. Jeremy Toler at Children’s Hospital New Orleans. Dr. Toler is known for his pediatric neurology and epilepsy expertise, and he asked that Holly be immediately transported to Children’s Hospital.

Holly was diagnosed with focal cortical dysplasia Type 1 C, and she had anywhere from 20 to 30 seizures an hour. This diagnosis wasn’t an easy one to pin down. Caitlan says her daughter underwent several MRI’s, CAT scans, EEG’s, genetic tests, and more just to try to figure out why she was having so many abnormal episodes.

“We were taken to the Pediatric Intensive Care Unit (PICU) and the health team came to talk to me. They basically said she was so bad that we had two options. They could take her into emergency surgery and work on her brain or they would have to put her into a medically induced coma and do surgery at a later time,” describes Caitlan.

“Cortical dysplasia happens when a part of the brain does not develop in the typical way, and this abnormal brain area can be a hotbed for seizures,” explains Dr. Toler. “The area can be subtle and hard to find, even with all the technology we have at our disposal.  The seizures can also be impossible to control with medications, and that means for kids like Holly, surgery may be the best answer.”

“So, they took her into emergency surgery and operated on her brain. Dr. Jerome Volk was her surgeon and her took a part of her brain out in her right temporal lobe. We were hoping that when the surgery was over, the issue would be resolved.”

Caitlan says that instead of battling the dozens of seizures an hour, young Holly now has a seizure every few days.

“It’s a miracle, because there was one point where we were talking about putting her in a medically induced coma, and now here she is!” exclaims Caitlin. “The recovery process was crazy how resilient children are and how quickly they heal. The cut and everything took a while to heal, and we went back a month or two after for post operation visits, and she was completely healed up. You can barely see the scar.”

Next month, in December 2021, Holly will undergo another surgery. Her family says they hope this next hospital visit will end in victory just like the last one, by helping Holly’s seizures dwindle to less or even none at all.