"Children’s Hospital and the critical care air transport team gave me that hope." 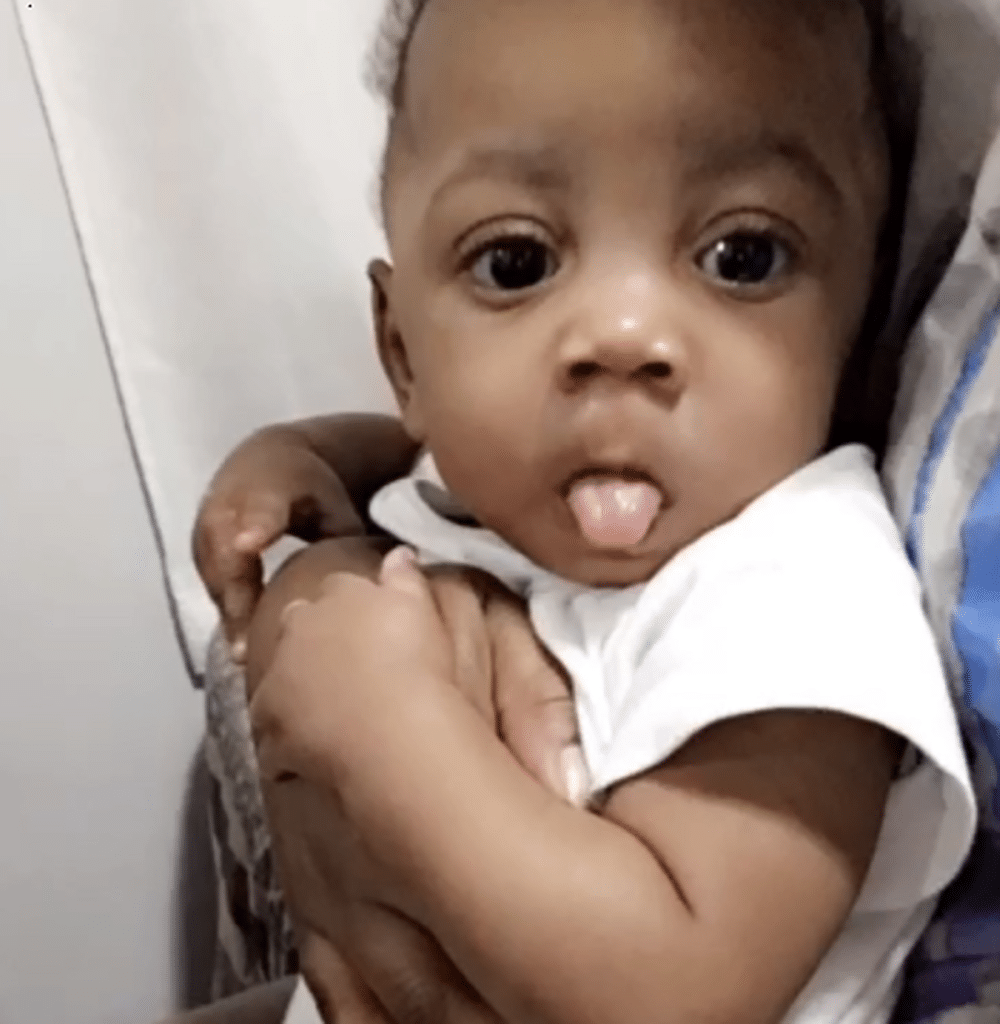 Amoura’s story began on August 12, 2019 when she came fighting into the world. Her mother, Brandi went into labor at her home in Jena, Louisiana, nearly an hour away from the nearest hospital.

Brandi arrived at her delivery hospital in Alexandria just in the nick of time.

“She wasn’t breathing,” explained Brandi. “She was floppy and limp.”

Amoura was brought to the Neonatal Intensive Care Unit, where her mother was wheeled to see her new baby. The doctors explained to Brandi that Amoura had ingested meconium, or waste the baby emits at birth. This caused Amoura to aspirate which resulted in a lack of oxygen to her brain.

When this happens in newborns, the brain damage that the baby sustains is called Hypoxic-Ischemic Encephalopathy (HIE). Amoura was diagnosed with HIE, pulmonary hypertension, and cerebral palsy. At just a few hours old, she was fighting to survive.

That same day, Amoura’s doctors told Brandi that her six-pound baby needed to be airlifted to Children’s Hospital New Orleans to receive the lifesaving care she so desperately needed. Without hesitation, but fraught with worry for her little fighter, Brandi agreed to drive to New Orleans as Amoura was flown there in “Abby,” Children’s Hospital’s helicopter.

Immediately, the Children’s Hospital Pediatric Critical Care Air Transport Team was on its way to Alexandria to bring then 15-hour-old Amoura to New Orleans for lifesaving care.

“They were the ones who made me feel okay,” said Brandi with tears in her eyes. “The transport team allowed me to watch as they got her ready. They asked me to talk to her, and I thank them for taking their time with my baby girl. I knew I was letting her go into the best hands.”

Children’s Hospital’s pediatric critical care air transport includes the use of a high-frequency oscillator to ventilate the patient as well as the addition of Nitric Oxide gas, vital capabilities and technology that not all transport teams have. Without this life-support equipment and the expertise to utilize it, patients like Amoura would not survive the transport.

Just 76 minutes later, Abby and the transport team safety delivered Amoura to Children’s Hospital New Orleans, a third of the time it took for her mother and aunt to drive. The time-saving flight and those 76 minutes were critical in getting Amoura to the NICU at Children’s Hospital as quickly as possible, where doctors, nurses, and respiratory therapists were awaiting her arrival.

When Brandi and her sister were still about two hours from New Orleans, Children’s Hospital Service Line Chief for Neonatology, Dr. Brian Barkemeyer, called Brandi to inform her that her daughter had arrived and was stable. He also told her that Amoura’s care team was watching her closely and that she may have to be placed on Extracorporeal Membrane Oxygenation (ECMO), a heart-lung bypass machine, at any moment. ECMO is a specialized procedure that takes over the functions of the heart and/ or lungs when those organs are too sick to properly support the body. Children’s Hospital New Orleans is one of three pediatric facilities to provide this lifesaving service in the Gulf South.

Brandi arrived to be by her baby’s side in the NICU, and the next day, Amoura was placed on ECMO. Five days later, her Children’s care team was thrilled when they saw vast improvement in less than a week. Amoura was taken off of ECMO, and two weeks later was moved out of the NICU and into a regular room. After a long five weeks at Children’s Hospital New Orleans, Amoura was finally discharged to go home.

Now, Amoura takes on new challenges every day as she continues to grow. She is able to stand, cruise in her walker, and can even say a few words. Brandi says that they take everything one day at a time, but she is excited to see her daughter reaching milestones.

“I know she’ll always have cerebral palsy, but I hope that she can have a normal life,” says Brandi. “Children’s Hospital and the critical care air transport team gave me that hope.”