"The Cleft Team at Children’s Hospital in New Orleans has been an integral part of the process. Their knowledge and expertise have been nothing short of a Godsend for our family. The multidisciplinary approach to not just Alex, but our entire family has been remarkable." 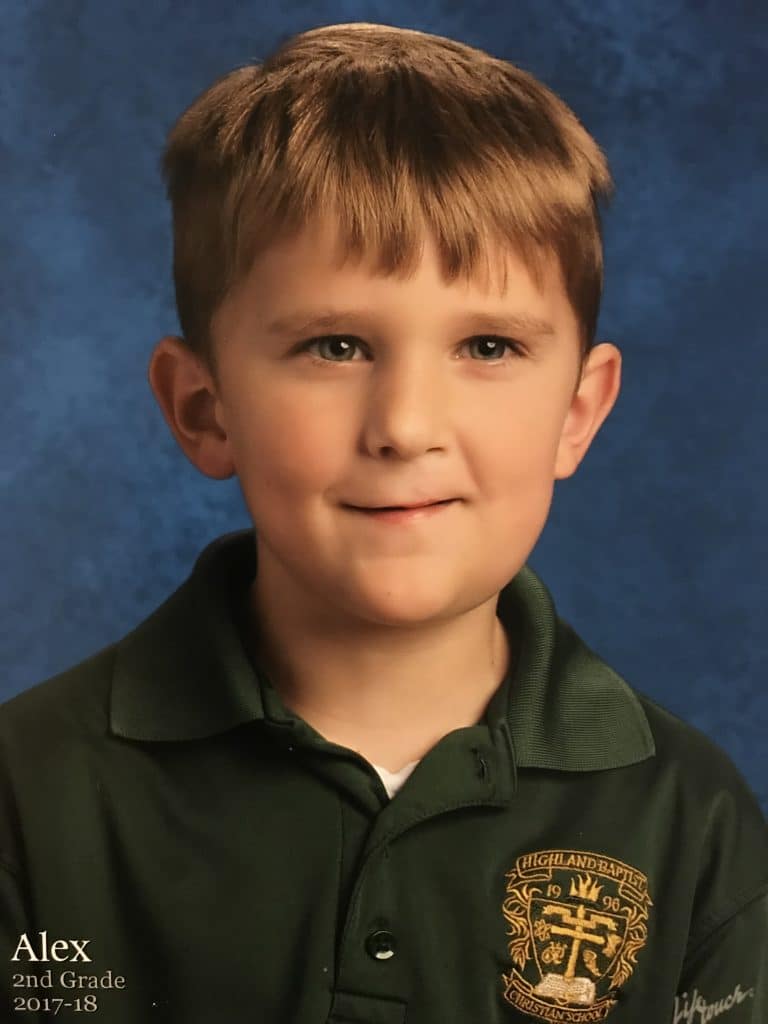 Alex Abshire was born with a Unilateral Complete Cleft Lip and Palate. Alex’s parents, Josh and Kristen, had no idea the intensive journey that would unfold, but the journey itself and Alex’s story have been nothing short of remarkable.

Both Josh and Kristen are registered nurses and their family lives in New Iberia, Louisiana. Couple their expertise with their unwavering commitment to Alex’s health and happiness, and they were ready to take on whatever Alex needed. “Alex did well at first,” recalled his father, Josh. “He didn’t need a feeding tube, and he didn’t really have aspiration or swallowing issues.”

Within the first year of his life, however, Alex had three reconstructive surgeries performed locally near his hometown of New Iberia, and then transitioned to the Cleft Team at Children’s Hospital New Orleans.

“The Cleft Team at Children’s Hospital in New Orleans has been an integral part of the process,” shared Josh. “Their knowledge and expertise have been nothing short of a Godsend for our family. The multidisciplinary approach to not just Alex, but our entire family has been remarkable.”

Over the years, Alex has had additional surgeries, with some performed in Lafayette under the direction of Children’s Hospital New Orleans providers, and the more major procedures performed on the main campus in Uptown New Orleans. One of the more recent major procedures was under Dr. Michael Moses, a plastic surgeon with the Cleft Team who performed Alex’s pharyngeal flap surgery. Before the surgery, Josh recalled, Alex’s speech was starting to decline. Afterward, his results were immediate and incredible.

Alex’s family has leaned on many members of Children’s Hospital’s Cleft and Craniofacial Team throughout his whole journey. “Mary Ellen Alexander, RN, MN, and coordinator of the Cleft Team, is a Godsend and is just amazing,” said Josh. “She is very informative, yet calming at the same time. At no point through Alex’s journey have we felt unprepared for what’s coming, and that’s a testament to the entire Cleft Team.”

What’s been the most impressive and reassuring aspects of this journey, Josh shared, is that all members of the Cleft Team have been able to meet with Alex and address his various needs during the same appointment each time. One example, Josh recalled, is when Alex and his family were at an appointment as Alex was first starting school, they mentioned Alex was having a little trouble with the hearing test. Without hesitation, the Cleft Team’s audiologist jumped into action and addressed their concerns and helped Alex meet expectations for his hearing test so he could start school.

Alex is 11 years old now and is thriving. He is very bright and loves going to school, he loves to read and play video games, and he especially loves to spend time with his four older brothers.

Alex is entering the second phase of orthodontic treatment to prepare for yet another procedure, called Alveolar bone grafting. After that surgery, his dad explained, he and Alex’s mother want to empower Alex to make his own decisions regarding future surgeries that may be needed.

“When I think about our journey with the Craniofacial Team at Children’s Hospital, I really feel like if we had not been so prepared every step of the way we would not have felt so at ease throughout the whole process,” said Josh. “We could not imagine having to do this without Children’s Hospital.”